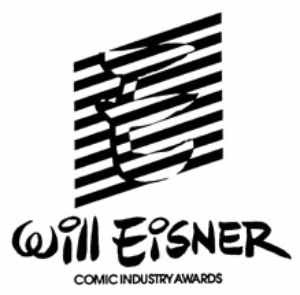 We at Kids Love Comics are proud to announce that KLC co-founder, Jimmy Gownley and Amelia Rules! are up for 4 Eisners! Congratulations, Jimmy!

From the Press Release:

The 2008 Eisner Award nominees have been announced, and we are honored and thrilled to have received 4 nominations for Jimmy Gownley/Amelia Rules!

This ties Gownley for the most individual nominations this year!

Issue #18, up for Best Single Issue, deals with one of Amelia’s friends coming to terms with her father being sent overseas for his job in the US Military.
An excerpt from the issue can be found in this year’s Free Comic Book Day edition of “Amelia Rules!”, available on May 3rd.

We appreciate your consideration as ballots go out soon!


Don’t forget to check out our entire new website, with frequent blogs by Jimmy Gownley, Podcasts from Amelia herself, and lots of fun stuff to do.

from our friends in Charlotte:
HEROESCON INCREASES EXPOSURE OF ALL-AGES COMICS
New Section To Be Headed By “Kids Love Comics” Creators

This week Heroes Convention 2008, long known for its family-friendly environment, announced the creation of a special section of the convention dedicated to all-ages comics and creators! Headed by the respected Kids Love Comics group of creators, the section is tentatively being called “The Kids Love Comics! Garage,” in honor of Charlotte, North Carolina’s long association with NASCAR and the stock-car racing community.

HeroesCon is no stranger to comics for kids, being an early and ardent supporter of creator-owned books like Mark Crilley’s Akiko and Jeff Smith’s Bone. The convention has, since its inception in 1982, worked hard to maintain a family-friendly atmosphere, where both kids and their families can feel comfortable in a fun-filled environment. By teaming with the Kids Love Comics group, they have created a special area of the fan-favorite convention dedicated to just this idea, and headed by some of the most recognizable names in all-ages comics.

Kids Love Comics is a non-profit (status pending) group that promotes literacy through comics and graphic novels. They are an organization of professionals and patrons of the comic book, publishing, and children’s book industries, dedicated to making kids comics readily available to the general public through both new and traditional venues.

Creators who will be attending HeroesCon under the auspices of Kids Love Comics include: Jimmy Gownley, creator of the quintuple Eisner-nominated Amelia Rules; Josh Elder (Mail Order Ninja, Batman Strikes!); John Gallagher (Buzzboy, NASCAR Heroes), Rich Faber (Buzzboy, Roboy Red); and Scott Sava (Dreamland Chronicles, The Lab). They will be joined by an always-impressive lineup of all-ages creators, behind works including Archie, Scooby-Doo, PowerPuff Girls, and many more.

Fleshing out a record-breaking guest list and publisher lineup at one of the most fan-favorite comics conventions in the country, the Kids Love Comics Garage section of HeroesCon 2008 expands and reaffirms HeroesCon’s support of and dedication to all-ages comics.

KLC is proud to welcome the crew of Word Balloons to the kids' comics blogosphere! One would be hard-pressed to find a more capable cabal of kid-centric critics and commentators (including Brigid Alverson, Robin Brenner and Eva Volin among others), and we can't wait to see what they do with their little corner of the Internet.

In their own words:

Word Balloons is a group blog about comics for kids. We will cover all ages from preschool through young adult, but we won’t lump all ages together; we’re smart enough to know that a three-year-old has different abilities and interests than a 13-year-old.

Our goal is to be the morning newspaper for anyone interested in kids’ comics: creators, editors, teachers, librarians, retailers, and most importantly, readers. We will present interviews, reviews, and opinions and link to the best of what other folks are writing. We expect to have frequent guest posts, and we invite our readers to send us a heads-up whenever they see something interesting about kids’ comics on the internet or even in print.

Also, we will cover all the comics kids read, as opposed to the comics grownups think they should read. That means we will cover works of great literary and artistic merit, but we won’t ignore the formulaic crap either. If it’s fun, it’s in.

So pour yourself some milk, grab the cookies, and join in the conversation!

I'll be hosting a session on all things comics at the main branch of the Boston Public Library in Copley Square where I'll be answering any and all questions about comics: how they're made, how they work, how you can make your own, etc.

I will also be leading workshops for children and teens earlier in the day as well as giving a mini-symposium on graphic novels in schools and libraries for any interested teachers and librarians.

Hope to see you there!

KLC has joined with New York Comic-Con to help make this year's NYCC better than ever, participating in Sunday's KIDS DAY at the show.


"We were thrilled & honored when they asked us to help design programming for the convention's Kids Day," says KLC Executive Director Karen Gownley. "Our whole mission is to let people know how great comics can be for children - and here was this huge convention looking to share that message, too. It's a win-win."


Working together with kid-friendly publishers, retailers, and others in the industry, KLC put together several presentations and panels which will be a part of the convention's "Kids Day" (Sunday, April 20th) http://www.nycomiccon.com/app/homepage.cfm?moduleid=4524&appname=100453&campaignid=61372448&iUserCampaignID=38193330
The panels will touch on topics from creating comics, to publishing to marketing, and everything in-between.


Also, Kids Love Comics will have a presence in the "Kids' Stage" on Sunday. A "green screen" area will be set-up where kids can get their photos taken in a variety of virtual comic book worlds. KLC members will also be on-hand to offer advice to young cartoonists, talk to parents, teachers, and librarians about the best in children's comics, and detail the benefits of becoming a KLC member.


Additionally, we are proud to have Scott Sava (Dreamland Chronicles), Josh Elder (Mail Order Ninja), John Gallagher(Buzzboy, NASCAR Heroes), Rich Faber (Roboy Red, Green Lantern), and Jimmy Gownley (Amelia Rules!) appearing at the convention all weekend. Stop by their booths to get some autographs, chat with the artists, and get the latest books from these kid-friendly talents. As an added bonus, KLC will have previews of their Free Comic Book Day comics on display, so fans can get a sneak peak at some of the coolest offerings for next month's awesome event!

Please be sure to come by the Kids Love Comics Booth #2242. KLC looks forward to seeing you in New York!

Kids Love Comics' own living Perpetual Motion Machine, Josh Elder, is on the move once more. Josh is organizing a "Kids Day" at Jim Hanley's Universe, on Saturday, April 21st (this weekend! Hurry to New York!). The following is liberally borrowed from Newsarama:

Jim Hanley's Universe cordially invites you to join us on Saturday, April 12th, from 10 a.m. to 6 p.m. for an extravaganza of comics, cookies, and creativity.

"Comic books are enjoying a renaissance right now, and it seems that now, after so many years, kids are interested again in comics," said Vito Delsante, the Events Coordinator at Jim Hanley's Universe. "We thought that with this new popularity, the fact that librarians and teachers are looking to comics as teaching tools and the timing of the New York Comic Con, the time was right to dedicate an entire day to the kids and their love of comics."
__